Watch and experience The Aston Shuffle 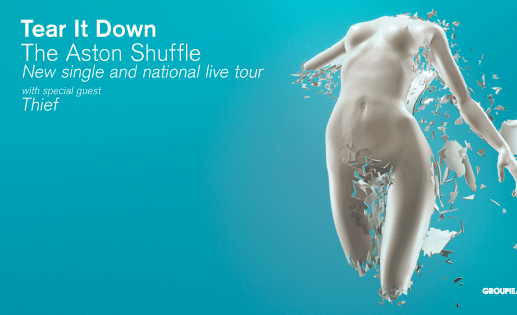 Stop listening to forgettable dance floor music and pay attention to electronic music that is sure to make you dance and smile all at the same time.

The Aston Shuffle has made it their goal to create music that people will love and dance along with. They therefore spent a good amount of time to create music for their next album that seeks to achieve this objective. The result is their sophomore album, Tear It Down – touted as an emotive summer smash.

In celebration of their new creation, they will debut their new live show all over Australia this February 2014.

Their series of shows mark their very first live appearance after more than a year.

The Aston Shuffle started their career a few years ago as DJs, producers and remixers. Their first release was ‘For Everyrone,’ considered as an instant dance floor weapon that eventually became their signature sound.

They were later crowned as the top DJs in Australia. Their debut album release, ‘Seventeen Past Midnight’ was described as emotive electronic pop and achieved modest success in the iTunes Electronic Chart. It also established them as Australia’s next wave of emerging electronic elite.

Their album was ranked by Rolling Stone Australia as one of the top 50 albums of 2011 and cited `Your Love’ as “the best dance single to come out of Australia in a decade.”

See, hear and dance with The Aston Shuffle live at The Sol Bar on February 15, 2014. The event will take place at 19 Ocean Street, Maroochydore, Sunshine Coast and is a quick drive from our Cheap Sunshine Coast Accommodation.

For more information about The Aston Shuffle, go to http://www.tear-it-down.com/.

Book your stay in our Cheap Sunshine Coast Accommodation by visiting http://scmotorlodge.etourism.net.au so you can be near The Aston Shuffle.