Not to Miss at The Events Centre in December 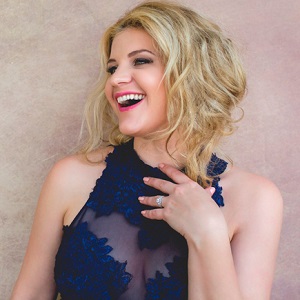 Mirusia is one to see this December as she performs on the Sunshine Coast hot off the heels of her recent 2017 album From the Heart. Known as the “Angel of Australia”, Mirusia’s breathtaking soprano voice has won the hearts of the nation, and has seen her tour numerous times performing to millions of people all over the world. Owning a raw talent for singing with an academic background in classical voice, Mirusia began her career in her 20s, going on to tour the world for over 10 years with the acclaimed Johann Strauss Orchestra. She’s released a number of albums as a solo artist, including the charted Waltzing Matilda and Always & Forever, as well as a number of bestselling DVDs. Welcome the Angel of Australia home this December with her performance at The Events Centre in Caloundra on December 2.

Award-winning Australian singer-songwriter Karen Knowles comes to the Sunshine Coast for a special Christmas concert this December. Karen Knowles has an extensive background in showbiz: she rose to nationwide fame on the TV program Young Talent Time during the late 70s, and in the 80s she released her first song “Why Won’t You Explain” which led to her debut album You Are the Reason the following year, her Gold status second album Loves Us All in 1982, and third album The Third Time in 1984. In 1988, Karen Knowles starred in musical Big River, and was nominated for a Greed Room Award for Best Supporting Actress in a Musical. She then became the vocalist of The Seekers, before releasing two more albums: A Night of Carols in 1991 and By Request in 1999. This December, Karen Knowles lends her voice to an evening of Christmas carols in Karen Knowles Sunshine Melodies – don’t miss it at The Events Centre in Caloundra on December 12.

Be near The Events Centre with our central and cheap Sunshine Coast accommodation. For more information on Sunshine Coast Motor Lodge visit https://bookings2.rms.com.au/obookings3/Search/Index/9501/1/