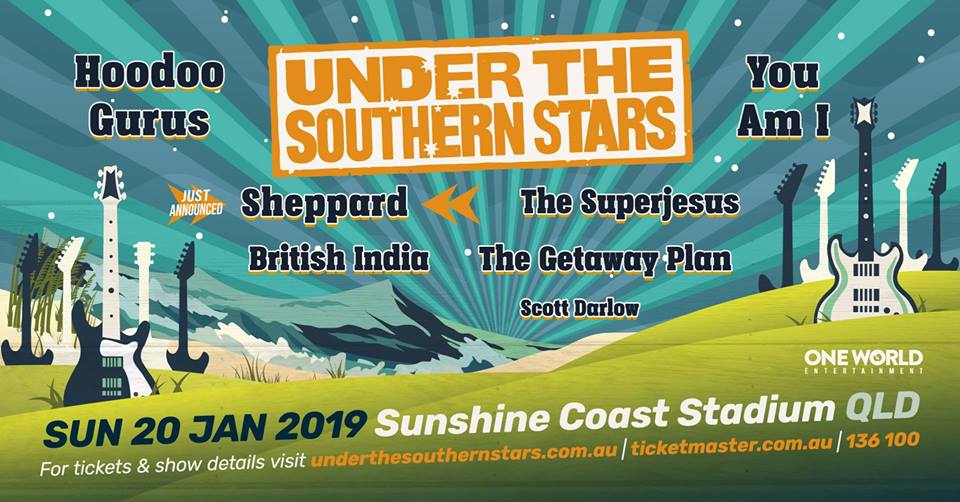 The lineup for Under the Southern Stars 2019 is nothing short of epic, offering a full Aussie rock roster that’s sure to get you jumping all day. Already confirmed are Sydney ARIA Hall of Fame inductees Hoodoo Gurus, ARIA Award winning Sydney alt band You Am I, Brisbane indie pop group Sheppard, Adelaide rockers The Superjesus, Melbourne indie band British India, chart-topping rock band The Getaway Plan, Melbourne singer-songwriter Scott Darlow, and MANY MORE to be announced!

With such a medley of award-winning and chart-topping Aussie rock artists, Under the Southern Stars 2019 is one touring concert that’s not to be missed this summer. If you’ve got a taste for the Australian rock scene, make sure to catch it when it comes to the Sunshine Coast Stadium on January 20, just a 20-minute drive from our affordable Sunshine Coast motel.

You can see our affordable prices today by just going to https://bookings2.rms.com.au/obookings3/Search/Index/9501/1/